A friend of mine experienced the adrenaline rush of driving his Maserati Spyder from a service appointment to his picturesque suburban Texas home where he parked the rolling sculpture in his garage. After making sure his Italian beauty was tucked away, he hopped into his wife’s vehicle and headed to their local Einstein Bros. Bagels when tragedy struck. The Maserati caught on fire.

A neighbor who saw the smoke escaping from their garage stretched a nearby garden hose as far as he could to squelch the fire, but the makeshift waterline was too short. As he frantically searched for additional hose, the flames climbed to a plywood attic door in the ceiling that quickly turned to ashes. The resulting explosion blew through the rafters of the house.

In just a few minutes, my friend lost all his personal possessions, including his dog.

Investigators searched for the cause of the sports car’s electrical fire.

Walking through the shambles of his home, my friend and his wife came across a sign that, before the inferno, had sat prominently on his desk. It read, “SIMPLIFY.” The word had served as a constant reminder to this prodigal son who, years prior, had returned to his heavenly Father after a highly publicized bout with drug and alcohol addiction. If he ever owned wealth again, he never wanted it to own him.

With his mind swirling through the pain of the loss, but thankful that none of his family was trapped inside the burning house, my friend trekked through the rubble to his garage in order to take a picture of this sign in front of his burned Maserati. The photo would serve as a new reminder to keep the entire trial in God’s perspective. 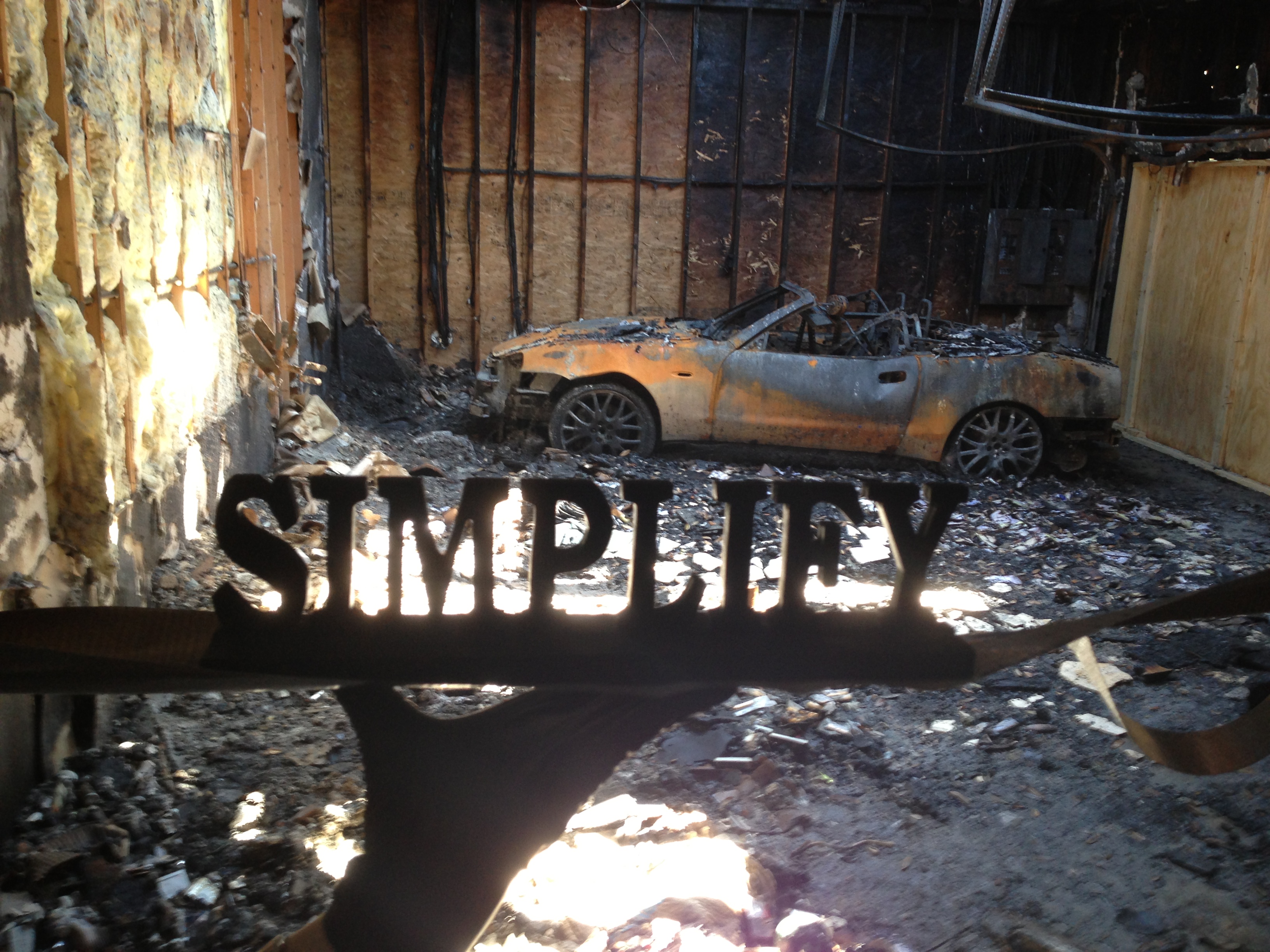 The Apostle Paul wrote: “Make it your ambition to live a quiet life” (I Thessalonians 4:11). In our loud world, we often complicate our lives by over-committing our time, talent, and treasure for our own selfish benefit. God designed something better…a simple life that is quiet enough to experience intimacy with Him as we develop authentic relationships with others.

One year later, my friend and his wife moved in their newly built home at the same location. On his office wall hangs a photograph. I’m sure you can guess what’s inside the frame.